Aviation in Ukraine: Does Kharkiv State Aircraft Manufacturing Company (KSAMC) and its An-74 have a future?

The artic region is gaining traction in the world economy due to its vast mineral resources and available communication routes. Washington, Moscow, and Beijing view the Arctic as an important area of geopolitical interest.

Tangible examples of the growing interest in the region include the expansion of the United States and Russian military presence, the development of the icebreaker fleet, and increased number of military exercises in the area. 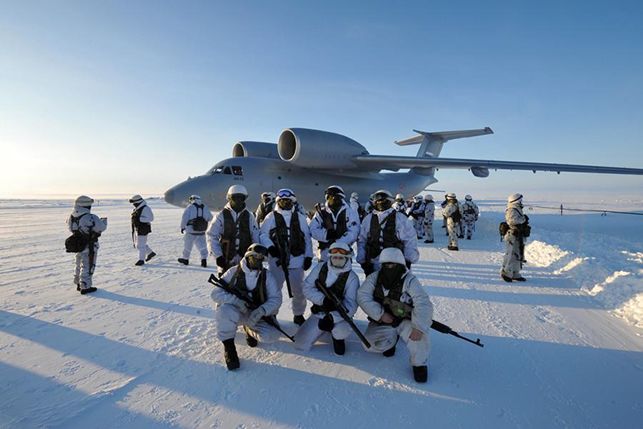 Ukraine and the Northern Latitudes

At the same time, both Russia and the United States face a serious logistical problem in the Arctic, especially in terms of deploying and securing military forces. Aircraft specifically designed for the conditions of the north are necessary to quickly transfer military forces and equipment to the region. The only choice aircraft for these conditions is the Ukrainian built An-74 which is able to perform tasks at air temperatures up to negative 60 degrees Celsius and was designed specifically for use in the far north.

However, at present, the Russian military does not have such an aircraft, which was developed for operation in the most difficult climatic conditions on short runways. The Russian Naval Aviation utilizes the An-72 aircraft, which is the predecessor of the An-74 and is inferior to it in a number of characteristics. The Russian Defense Ministry’s lack of an appropriate aircraft has delayed the completion of their military base in the Arctic for 8 years, as it is forced to adapt the military base to the old, existing An-12, which requires increasing the length of the runway due to longer takeoff and landing distances. This has caused not only a significant increase in the cost of the project, but also increased the time of its implementation.

It should be noted that the United States does not have an aircraft that would solve the problems for which the An-74 was developed and there is not an equivalent aircraft with its capabilities available offered today. 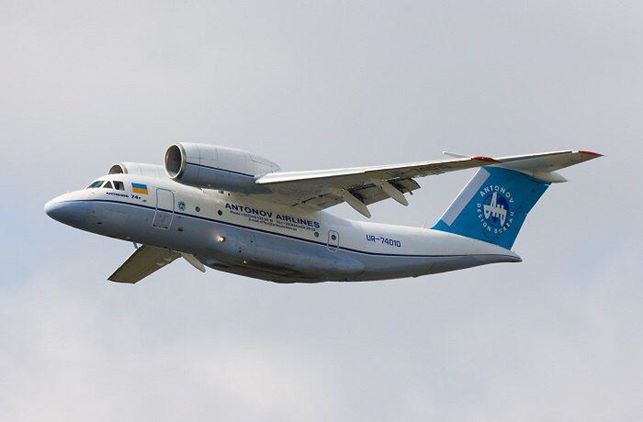 The undoubtedly unique An-74 aircraft was manufactured at an aircraft plant in Kharkiv known as the KSAMC. Today, the plant’s experienced management and staff is available and ready to re-start mass production of an «AN» family of aircraft. However, since 2015, the KSAMC has been in a state of crisis due to the lack of orders and working capital needed to manufacture aircraft and, as a result, the plant is non-operational. Despite the attention of the Ukrainian President, resumption of production has not taken place and the existing problems of the KSAMC have not been resolved. The financial situation of the plant is continually deteriorating; experienced staff are leaving the company, fixed assets are becoming obsolete and unusable, its suppliers have not received orders, and an aircraft has not come off the production line for over five years.

A solution is needed quickly because in October, 2022 the three-year moratorium on liquidation proceedings against the bankrupt company will expire.

The KSAMC faces two main problems: the lack of orders for the production of aircraft and the inability to independently, without external financial assistance, modernize production facilities and replace Russian components used to produce the aircraft. The cost of replacing Russian components will exceed $150 million. After parts are resourced, the plant will be able to produce updated versions of the An-74 in about 3-5 years.

Given the current situation, only a strategic investor could turn things around. Despite the state’s declarative interest in rescuing the company, it is impossible to launch the plant with only state instruments. Writing off debts on government bonds to save the KSAMC will not solve the problem, as the large debts to commercial assets and salaries to employees will remain. Additionally, forgiving debts will not automatically lead to receiving orders and opening new markets, which is necessary to make the company profitable and strong.

The best path forward to save the company is to search for an investor that can maintain the profile of the plant; aircraft production, replacement of Russian components for An-74 aircraft, modernization of production processes, and most importantly, job preservation. For this, the Ukrainian Government can and should write off state debts, because it is really about saving the country’s aircraft company. Moreover, without the resumption of KSAMC, Ukraine will lose not only the plant, but also de facto, a whole family of unique aircraft. This loss would affect aviation education institutions such as Kharkiv Aviation Institute (KAI) and National Aviation University (NAU) whose students could go on to produce aircraft. Naturally, the next question will be why there are so many aviation universities and research institutions studying aerodynamics, engine building and materials science in Ukraine if there is no aircraft production. It is a shame to allow this both for past and future generations of aircraft builders.

Looking to the Future

The current situation around the Arctic could be an opportunity to save the KSAMC. At the state level, it is necessary to lobby the unique flight and technical characteristics of the An-74 among the Arctic partner countries of Ukraine. After all, the United States, Canada and the northern countries of NATO and the EU are interested in strengthening their positions in the Arctic and solving logistical problems with the transfer of goods and people in northern latitudes, and the Ukrainian An-74 is the best proven option for reliable logistics in the Arctic climate.

In short, NATO allies, which are the leading geopolitical players on the world stage, can secure from Ukraine a tool in the form of An-74 that will help them in the development of strategic tasks in the Arctic; meanwhile, Ukraine will retain a unique enterprise — the Kharkiv State Aviation Production Enterprise.

The rescue of the plant should begin immediately, and above all, with the creation of relevant legislation specifically for the KSAMC, which should include fully defined conditions for a fair and transparent investment competition, the results of which should allow the KSAMC to become operational once again.

By Serhii Filatov for Censor.NET.